What can Peridot, August’s birth stone do for you this month? 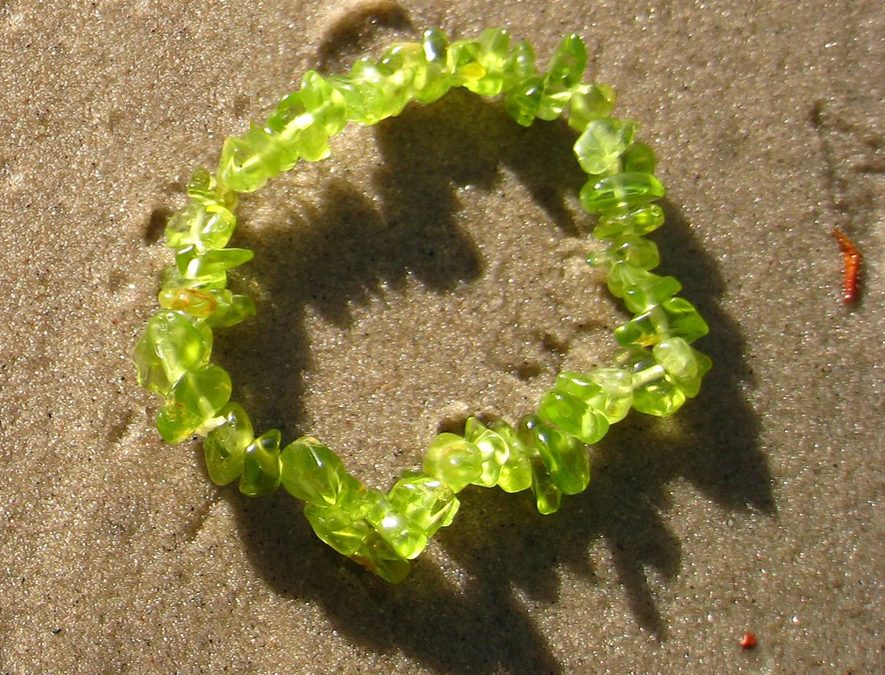 This month I’m going to be sharing what there is to know about peridot, and how August’s birth stone can help you. 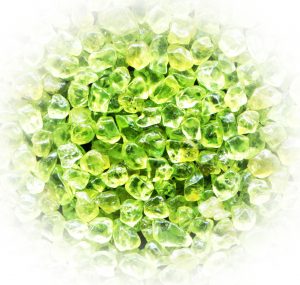 Peridot is akin to nature, in that it’s the same colour and much of it starting life as olivine in the mantle layer of the earth.  It’s also very faery as it aligned with the Devic kingdom.  It also helps bring up to the surface stuff that we have, well, stuffed down, as it’s too painful to look at, to deal with.

We become past masters at doing this from a very young age, as we want to survive in this life, we want to be liked and we want to be accepted by those who are our family in our early years.  We learn that certain aspects of our behaviour are not deemed acceptable in our nuclear family, and so we learn to suppress those feelings, and before long, our new way to dealing with these issues becomes our default mode, and we stuff even more down, until it comes to a point that this becomes second nature to us and we believe we are something other than what we actually are.

As an example, my Mum had quite a short fuse and seemed to really enjoy having angry confrontations with me, which had me cowering in front of her as I clearly hadn’t lived up to her expectations.  Even today, I don’t enjoy confrontations (who does?), but if they happen, I’m now able to deal with them head on in a calm manner, all the while, trying to find the common ground, which is the basis for progress.

If we continue using the mechanisms we did as children, there is no growth and we remain stuck in a place where likely as not, is detrimental to our overall health.  It is good to explore those sticky areas and try to find new ground, which not only works for us and allows us to grow and progress as people, but to find something that also works for the other people we encounter when experiencing these uncomfortable, but familiar scenarios.

It’s scary to try out new ways of behaviour if you’ve been used to behaving in a certain way all your life.  But if you don’t get the results that you would like with that behaviour, perhaps now is the time to try a different way that will usher in a more peaceable way of being.

By having a crystal healing session, things that have been buried will start to come to the surface as you become strong enough to deal with the stuff you may have felt was too difficult to look at.  Crystal healing does this softly and gently and there is every likelihood that reactions may naturally change without anything being forced, which is the best way for healing to take place.

Peridot has many attributes; here are just a few:

Peridot is green, ranging from a deep olive green to a lighter green, sometimes with a yellowish tinge.

Ancient Egyptians mined peridot on the island of Zabargad on the red sea, and the largest specimens have been found in this area.  It was also a favourite stone of Cleopatra.

Peridot has also been known as olivine and is found within igneous rock formations and through volcanic activity.  In Hawaii, peridot is said to symbolise the tears of Pele, the Goddess of volcanos and fire.

Romans considered peridot to be the ‘evening emerald’ as it is able to shimmer under candlelight, something that the deeper hues of emerald do not do.

In times gone by, peridot was often worn to ward off evil spirits.  Around eight or nine hundred years ago, it was believed by the English to bring wealth.  And Mediaeval bankers considered them to be lucky for their owners and consequently they became talismans.

It was a favourite jewellery stone during the Victorian period.

Peridots are the traditional gift for a 16th wedding anniversary.

Peridot can help with so many things.  Discover more about this and other wonderful crystals.

Next month we will look at sapphire.