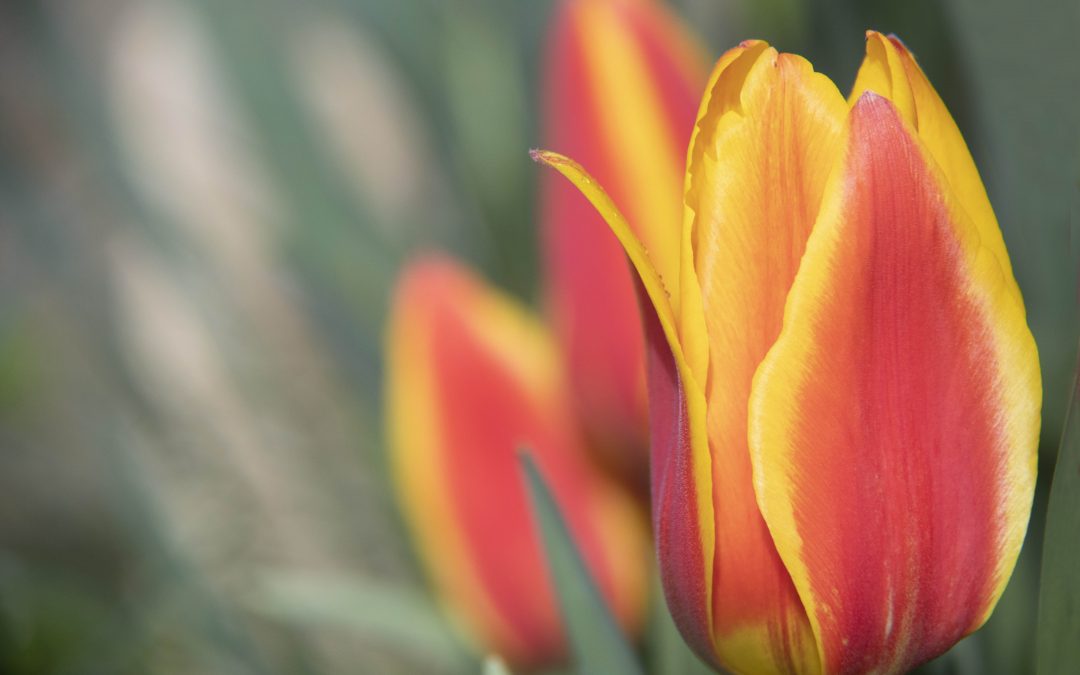 Spring is here and there are buds on the trees and the spring bulbs are starting to flower.  The flowers are making everything look fresh and bright, and of course colourful.

It’s also the time for those born under the signs of Pisces and Aries.  Spring Equinox also known as Ostara is coming up in three weeks’ time, and of course Easter will be just over a week later.  Often the colours of this time are quite soft, but the variety of colours around in the natural world are plentiful.

Crystals in keeping with the colours of spring and the feeling of spring are numerous, but let’s focus on just a few.  We have aventurine and its very close cousin rose quartz, and also amethyst.  The calcites of blue, green and orange hues are great, as is sodalite.  Chrysocolla and its cousin turquoise also come into this group as do shell, amber and pink opal.  All these crystals are fantastic for reducing stress and for strengthening the energy field.  Additionally, red calcite and petrified wood are often used for grounding alongside these crystals. 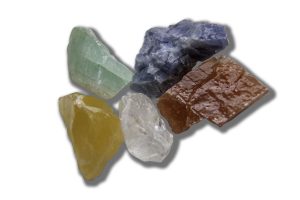 We often hear the word protection when we come into the world of energy and energy healing, but often don’t really know what this means.  Some people are actively against it as they don’t understand what they need to be protected from as they consider themselves to be working with the Light.  However, we all know what it feels like to walk into a space where there has been an argument, and you feel you can cut the air with a knife!

These are thought forms and we all have them, positive and negative and once we have a thought, it goes out into the ether.  Largely it is this, these negative thought forms that we want to be protected from, and we also wouldn’t want any of our own negative stuff going out into the atmosphere either if we can possibly stop it.  This is difficult for those who aren’t aware of energy, and this also explains why the energy has felt so heavy in recent months at various times.  This is why we need protection, which incidentally goes hand in hand with grounding.  You can’t have one without the other.

Perhaps another term might be more acceptable to those not liking the term ‘protection’?  How about having a strong energy field?  That sounds much better and who doesn’t want to feel stronger.  So perhaps give that some thought.  Incidentally if you’re grounded and protected, with a strong energy field, it’s highly unlikely that you will be stressed.  And I feel there’s been a lot of stress around in recent months also. 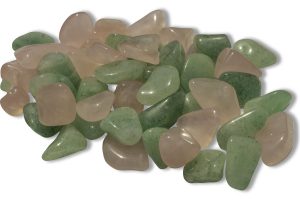 But let’s look at the crystals mentioned above.  Rose quartz is known for its connection with unconditional love, but it is also a fantastic crystal for harmony and harmonising the flow of the energy fields.    Green aventurine can be thought of as being the male counterpart to the feminine rose quartz.  It’s softening qualities are great for reducing stress.  Amethyst, also from the quartz family is protective due to its high energy.  The calcites all work on a deeper level than the quartzes.  They are generally strengthening, relaxing and feel quite soft in comparison to the quartzes.  The different colours have slightly different energies with blue being cooling, green strengthening and the orange warming.  Red calcite as already mentioned is grounding.

Turquoise and chrysocolla can look similar as they contain many of the same elements.  Both crystals are known to help with communication, but turquoise is one of the protective crystals and is a great ancestral crystal.  It is very comforting.  Chrysocolla is calming to the energy field and great for softening the spikiness that stress can often create.  A crystal that really helps with mental stress, you know when the thoughts circulating around your head just won’t go away, is sodalite.  It looks similar to lapis lazuli but is softer in energy.

If you are feeling very stressed and fragile with it, shell, amber and pink opal are the ones to go for as their energies are very soft, very friendly.  They will help ease any stress very gently in order to stabilise and rejuvenate the energy field.  Moonstone, a member of the feldspar family will help bring back the soft flow to the aura when stressed. 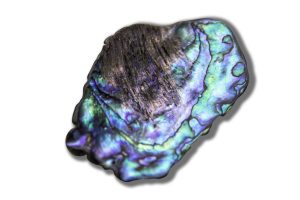 Let’s now look at crystals that can relate to Pisces and Aries and please note that I’m not an astrologer, this is just what I feel.  The birth stone for March and Pisces is aquamarine, which has great clearing properties.  It is used often in crystal healing as it’s such a versatile crystal.  The birth stone for Aries, and also April is diamond.  Generally, diamonds are not used in healing.  Apart from anything, they are usually far too expensive and secondly, energetically, they are probably too much for most people.

Interestingly these next crystals relate to both Pisces people and Aries people.  Topaz, which is often found in blue and gold has a lightening quick energy, with the golden variety having warming aspects to it also.  Bloodstone is also considered to be a stone associated with both star signs and perhaps it is to help keep the feet of these people on the ground.

Looking at tarot briefly, The Moon is the major arcana card associated with Pisces, linking to dreams and intuition, whereas The Emperor card relates to Aries and can help these people have structure to their lives.

Crystals can help with so many things. Discover more about crystals.

With light and love
Andrea