Are you looking for more zest in your life? This crystal will help! 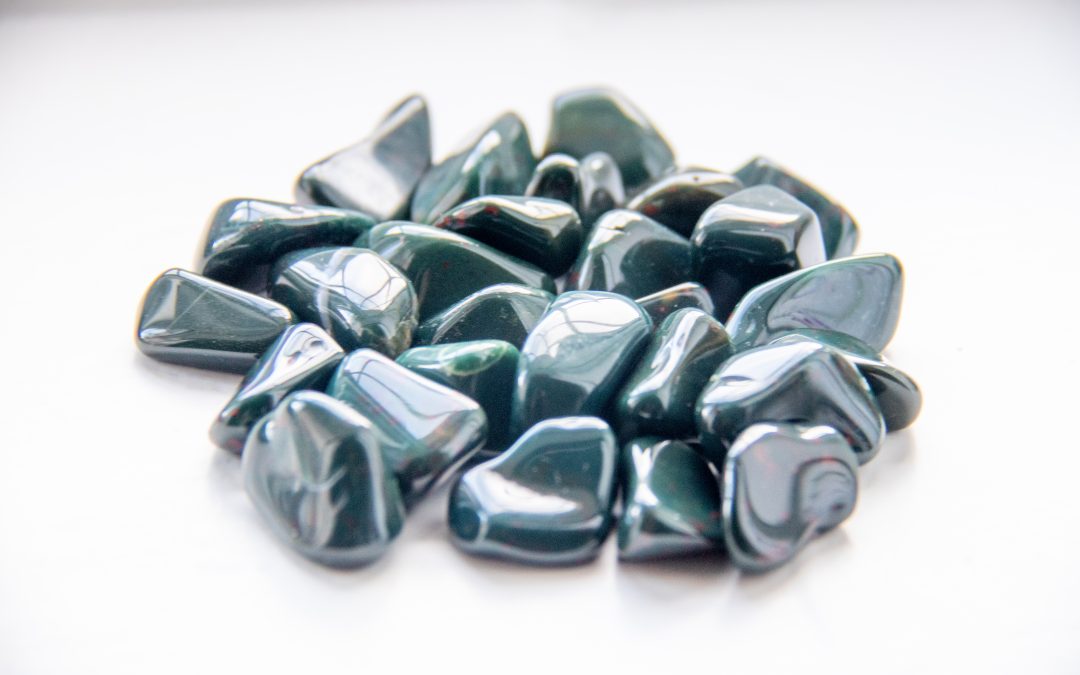 Spring is just around the corner, and with that, we naturally start to feel a spring in our step (pun intended).  But with that said, we can always do with a little help to kickstart the process.

Bloodstone, a type of jasper is a grounding crystal, and when we are grounded, there is an automatic connection with the earth, which is actually revitalising to us, and can give us the zest to life that we desire. 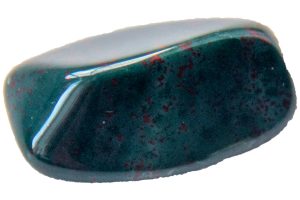 If you direct your attention to yourself, your body, your inner being, how do you feel?  Do you feel in balance, or are you perhaps a bit day dreamy or feeling a little spaced out?

Do you feel strong and connected to the earth or are you a bit wobbly?  This is more than just a matter of balance and is the difference between being grounded or not.

When we’re not connected to the earth, we may be accident prone.  An ex of mine who happens to be an amazing musician, would often trip over things when out walking together.  His mind was so rich with creativity, that he appeared to pay little heed to where his feet were taking him.  This is an example of someone not being grounded.

Another example is one I’m sure everyone recognises and have probably done at least once, if not more in their lives.  Procrastination.  We know we need to do something, but somehow, other things take precedence, things that ultimately are far less important than the thing we’re putting off doing.  They may be more enjoyable, and probably are, but if you have a particular goal in mind, you really do need to do the thing you’re procrastinating about.

Obviously not everyone is a gifted musician, but almost everyone has a mobile phone today, and so much time can be wasted on checking our social media pages, going to look at one specific thing and getting swept away with something else, that leads to something else and something else and before you know it, you’ve forgotten what you went on in the first place.  An example of procrastination!

One of my tutors in demonstrating this very thing would say ‘too heavenly minded, no earthly use’.  They are quite strong words for many people, but I’m sure we all know someone who has their head in the clouds.  This can also be someone who has lots of ideas, but for some reason, they never follow through with them.  Or they try to manifest them but haven’t considered all the pieces that their particular puzzle needs, and consequently they are lacking some parts and the idea never comes to fruition.

When we are grounded, we are much more aware of our physical body, and consequently are much less likely to trip over things.  This means that we are more in balance within our bodies, our emotions and thought patterns.  We are also much more connected with all things, which can be revitalising in and of itself.

Grounding also helps with procrastination as we’re much more likely to take the bull by the horns and just get on with it, get the job done.  We’re more able to limit our time spent with gadgets or anything else in our lives that we realise is non-productive.  It doesn’t mean that we stop doing those things but have more control within ourselves and perhaps build in a start time and a finish time, rather than allowing time to run away with itself.

Being grounded gives us more confidence in being about to complete the task at hand, even those ideas that never seemed to materialise before.  Perhaps we dreamed of changing career but didn’t know how to; now we realise that taking a course will put us on the path towards that very career.  Maybe we dreamt of vising far-flung lands but felt that only other people did that.  Being grounded helps give you the confidence and vitality that you can be that person who travels to far-flung lands.

Bloodstone can help you do all this.  When you use bloodstone in either in healing or meditation, know that it connects you to the earth.  It helps you to find the courage to do things you thought were impossible.  You will also find your life feels much more in balance.

By having a crystal healing session, you will be grounded and strengthened.  It will help you regain your self-confidence, self-esteem, self-respect and self-worth.  By continuing to work with crystals and having crystal healing this becomes easier and easier.

Bloodstone has many attributes; here are just a few:

Bloodstone is a deep green, often with red spots of colour.  I have some which have small streaks of white within it also.

Bloodstone is readily available and can be found in Australia, Brazil, China, Russia, India and USA.

Bloodstone is also known as Heliotrope, from the Greek meaning ‘sun turner’.  This also links in with folklore beliefs of the 4th century that bloodstone was able to cause a solar eclipse and make the sun turn red.  It also was thought to cause rain, thunder and lightning.

Again, in ancient times, it was thought to be an audible oracle and that a sound was used as a means of guidance.  It was also thought to help with clairvoyance.

During the Middle Ages, the red spots on bloodstone were thought to be spots of Christ’s blood, and therefore it was believed the stone had magical and mystical powers.

It is most often associated with base chakra and is a wonderful stone for grounding.

Bloodstone is an alternative birth stone for March alongside aquamarine.  Also, modern thought suggests that bloodstone can be an alternative gift for the 14th wedding anniversary.

Bloodstone can help with so many things.  Discover more about this and other wonderful crystals.

Next month we will look at moonstone.