Are you looking for calm in your life? This crystal will help! 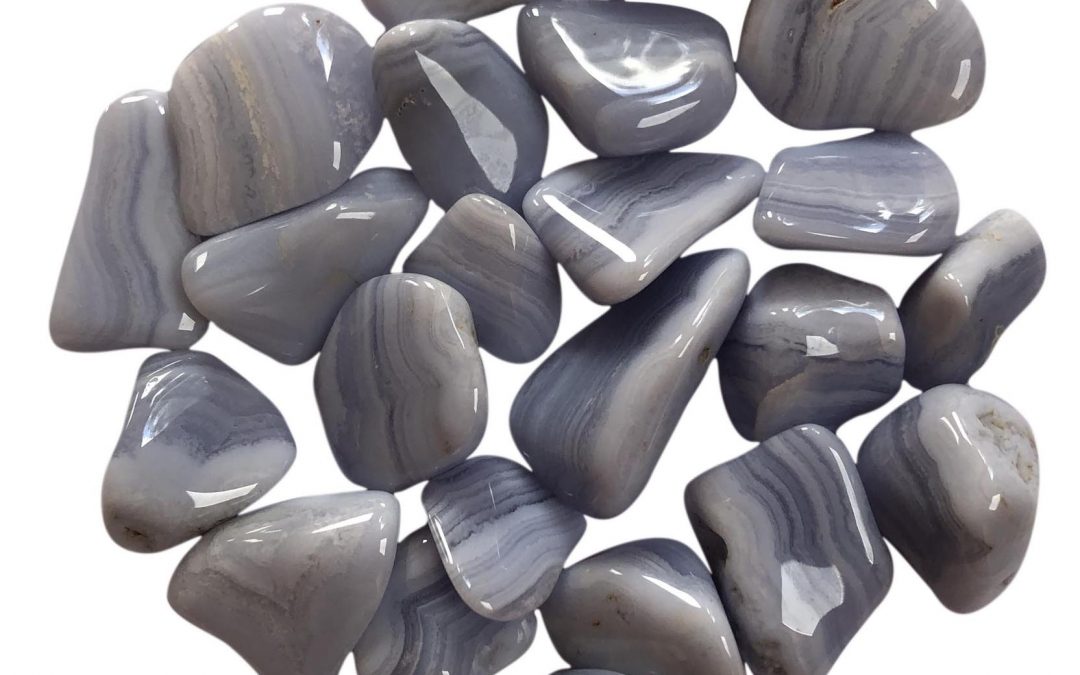 What do you feel when you look at this crystal?  It’s soft shades of wavy blue invite a calmness, a stillness within the mind, within the emotions.  It invites us to just be, without engaging in troublesome thoughts or emotions. 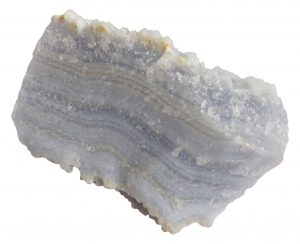 How many of us can say with absolute truth, that they are calm in all possible senses of the word?  It’s easy to be agitated in today’s world, if not with the ‘political’ happenings, then it will be with the increased energies flowing down onto our planet, helping us rise in consciousness.

But apart from that, we are often do a very good job on our own.  We worry about things, often over things that we have absolutely no control over.  I remember being told at the start of my spiritual journey that something like only five to ten percent of our worries are real and valid.  The rest are about things that never happen or are about the past and can’t be changed anyway.  That’s a lot of worrying needlessly.

Worry’s close cousin, circling thoughts is another biggie.  That constant replaying a situation in your mind, if only I’d done it this way, if only I’d said something, or not said that thing.  That’s living in the past essentially.  That, whatever it may have been is now done and dusted.  Circling thoughts may be a case of playing out in your mind a possible scenario you envisage, either an event you would like to happen, or an event that you’re expecting to happen.  It’s a way of controlling whatever the scenario may be.  Regardless of what is it, it’s a future event and has not happened yet.  Having said that, sometimes this planning can serve us well.  If we’re going for a job interview, practising our talk can give us confidence, or if you know there could be a confrontation, it can be good to get your thoughts organised in your mind.  But otherwise, this going over, and over, and over does us no good at all

All we have is now, right now, this moment.  And we can choose to be calm in that moment, in fact, moment by moment.  It is possible to train our minds to be still, to not have these periods of worry taking up so much of our headspace that it’s difficult to be aware of our intuition.  When the mind is quiet, our intuition can be heard.

By having a crystal healing session, you will be calmer within yourself, experience stillness and be more peaceful within your being.  The continuous mind chatter will fade away.  By continuing to work with crystals and having crystal healing, worry becomes a thing of the past.

Blue Lace Agate has many attributes; here are just a few:

Blue Lace Agate has within it various shades of blue, with white and grey forming patterned stripes as can be seen in the example above.

Blue Lace Agate is relatively easily obtained and can be found in South Africa, Brazil, Namibia, China, India and the United States.  However, it is the rarest of agates, and consequently it commands a higher value than other agates.

Blue Lace Agate is a banded chalcedony which is part of the quartz family.  Agate in general is a family of crystals of different colours and it is said to have originally been found in the River Achates in Sicily, from where it gets its name.  The river is now known as Drillo River.

History shows that Stone Age man used blue lace agate between 20,000 BC and 16,000 BC.  It also shows that it was used to make jewellery and beads by the Ancient Greeks around 400 BC, but it has also been found in Knossos in Crete in the Bronze Age Minoan period of around 2,600 BC.

It was also thought in ancient times that my wearing blue lace agate allowed for friendliness, truthfulness and persuasiveness.  It allows for the perspective of life to be broadened.

And in ancient Persian civilisation, it was said to be effective in averting storms and it was believed to relieve the wearer from thirst.

This is a great crystal to overcome any ancestral conditioning that children can be seen, but not heard.  This conditioning can clearly spill over into adult life also.

For those of you interested in tarot, although this crystal is not associated with any card in the major arcana, I do feel it has a connection with the four of swords energy and also the nine of swords energy

Blue Lace Agate is an alternative birth stone for September, and it is also the crystal associated with the astrological signs of Gemini and Pisces.  Also, modern thought suggests that blue lace agate is associated with the seventh, twelfth and fourteenth wedding anniversaries.

Blue Lace Agate can help with so many things.  Discover more about this and other wonderful crystals.

Next month we will look at carnelian.